Last time I told you I was probably up to a new Adventure and I was right! We went on a three day hike. We started at our house and went to the sea. There was a thick mist which made the surroundings a bit mysterious for M and P. Not for me, I use my nose and ears as much as I use my eyes. I knew exactly where we were going. 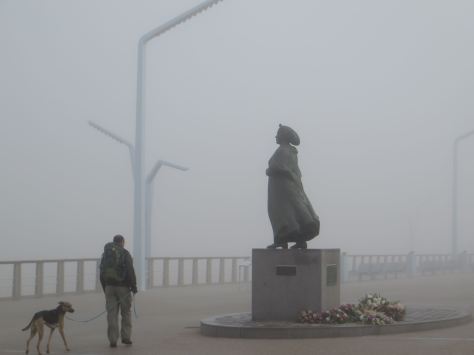 We went to the beach and I ran to keep myself warm – and because I was happy, because it looked like we were going on a long hike. M and P had these packs on their backs, which usually is good news. It means we are going to walk for hours. We had lunch at a beach club and then continued our hike through the dunes. The mist cleared and it became sunny. 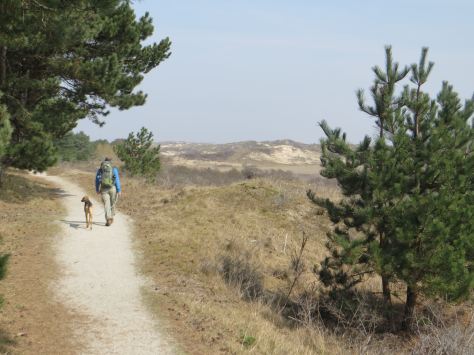 Then we went to the beach again. I ran some more, rolled in smelly sea food (no good for eating anymore, but fabulous for perfuming your body) and I met other dogs, whom I greeted politely. 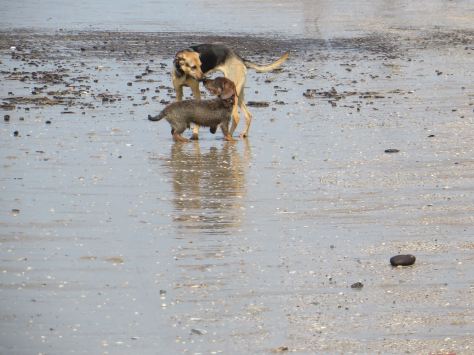 It became a bit tricky when the tide came in. I had to help P cross the ocean: 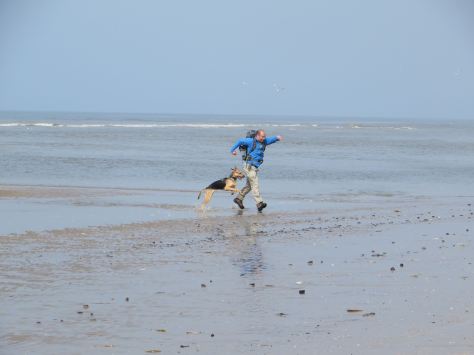 Then we sat down again at another beach club and I finally could take a nap. 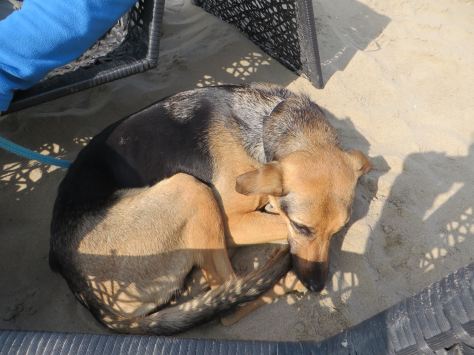 While M and P enjoyed this. I don’t know what it is, but they drink it al lot so I guess they like it: 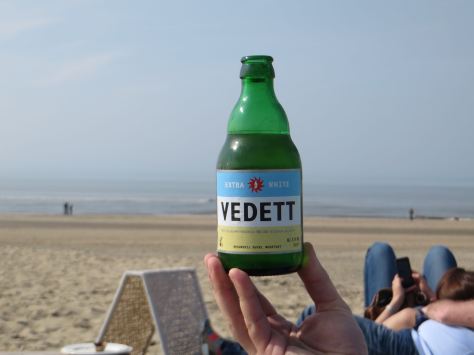 After my nap we walked just a little further to our hotel. It was a cosy place, where I discovered that M and P had not taken my snoozebag with them, but some flimsy blanket to lie on. I was very disappointed when I found out. So I decided to snooze on the bed. I am not allowed on the bed, but when I keep my hind legs on the floor it is not really lying on the bed, is it? 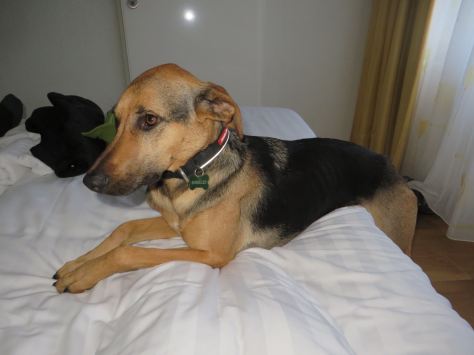 In the end, I did sleep on the flimsy blanket. Too bad. The next day, we started out on the beach again. I found a huge stick! 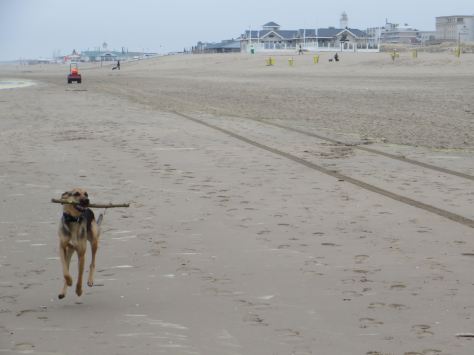 Like the day before, we walked on the beach and in the dunes. It was nice, although a bit cold with a strong wind blowing from the sea. 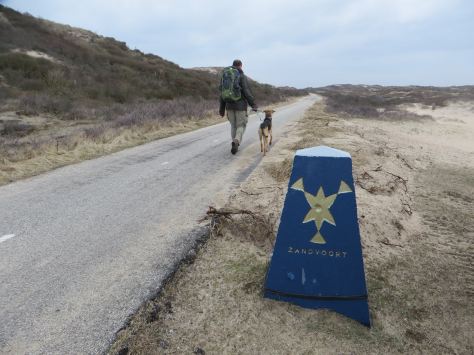 We went to a new place and stayed in a different hotel. This morning we started from there. It was nice and sunny. 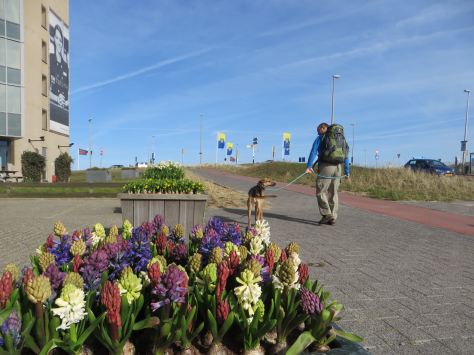 We went along the beach for a short while, then walked to the dunes and into the woods. I was off leash most of the time, so I could run and sniff around. I smelled rabbits and deer and cyclists. 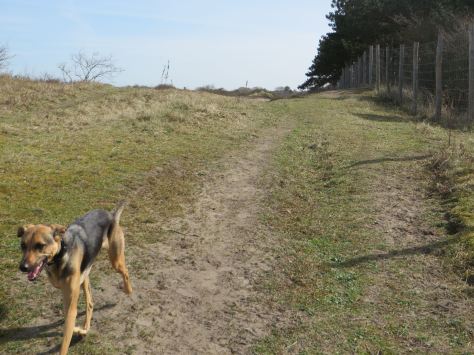 Then the landscape changed. There were more houses and traffic and noise and I knew we were entering a city. A nice city though, with lots of tasty fat ducks in the little canals. 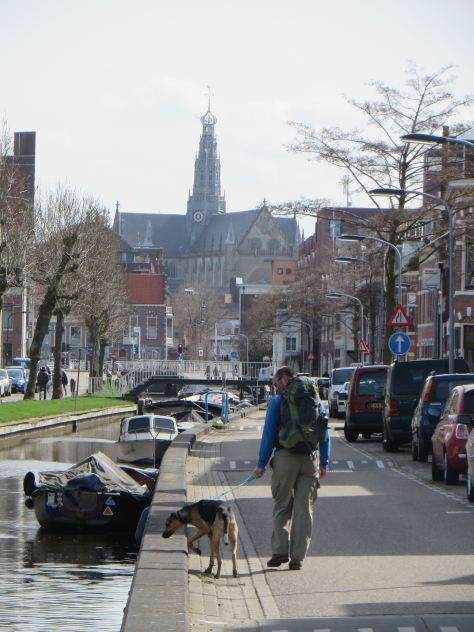 From there we took one of those swoooish things called trains and we went back home. It was amazing how fast we were home again. It was still there and I was lucky, because the sun was shining on my favorite chair. So I stretched my long legs and dozed in the sun, for the rest of the day. This was an Adventure.