Yesterday M and P and I had a little party, all by ourselves. I am not sure why, but that doesn’t matter I guess. Maybe it was because M’s second thriller has been published this week. Anyway: they opened a special bottle for this occasion. I really like these kind of bottles, because they have this thing that goes flying high into the air.

P opened the bottle and I followed the orbit of the thing: 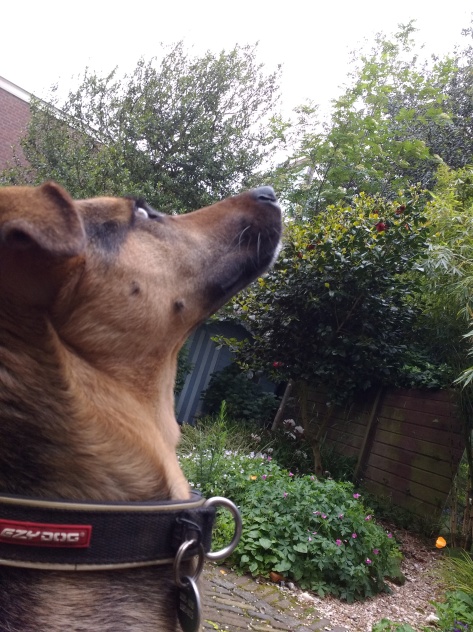 Than I searched for it and found it at the back of the garden. It is wonderful stuff to play with, so I did: 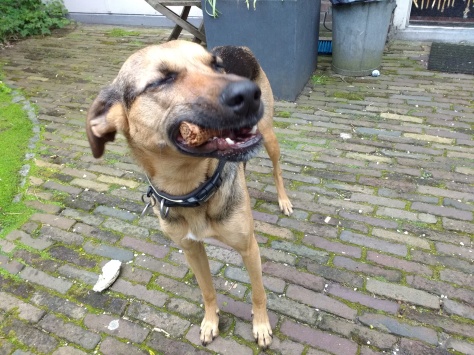 I chewed on it and threw it in the air and tossed it around with my paws. Than I offered it to M and P, so they could play with it too. 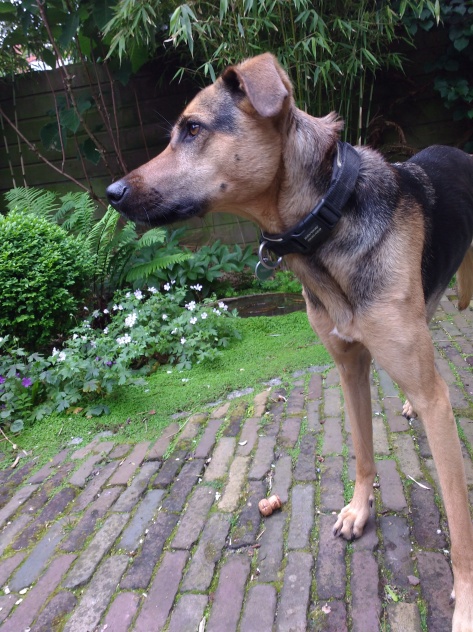 But they did not want it, because they were too busy with the contents of the bottle. Strange. Sometimes I do not understand humans.

One thought on “Party time!”