Last weekend I walked in a pretty forest. There were nice little lakes where I looked for sticks to play with: 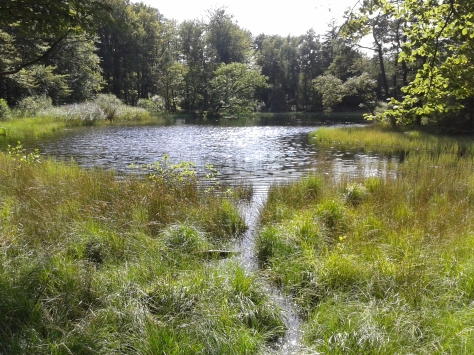 This forest is unfamiliar to me and that is nice, it means there are loads of things to discover. New scents and stuff like that. There was something else, something odd about the trees. There were faces, inside the trees! 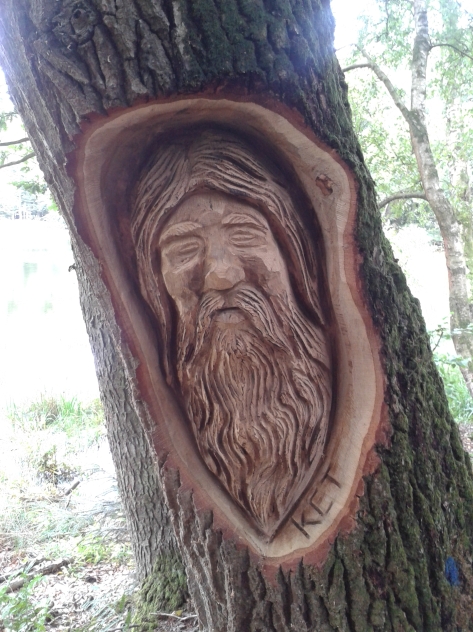 M pointed them out to me. Of course I noticed them before she did, because I smelled the freshly carved wood and knew something had happened to the trees. Some humans had carved creatures in living trees. Strange. 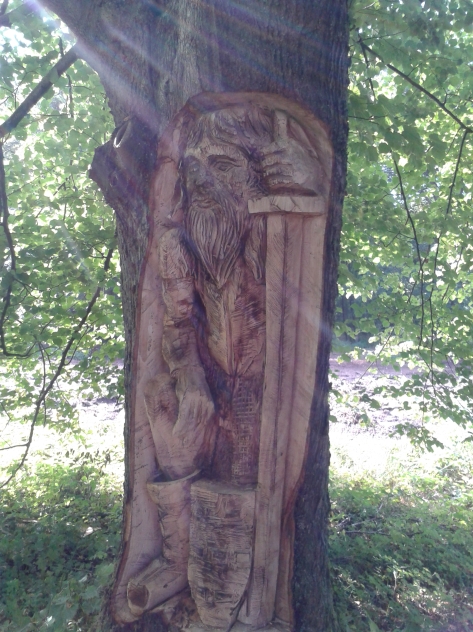 There were humans walking around, looking at the woodcarvings and talking about them. They were so focussed on the works of art that they forgot to notice the other interesting things in the forest! Like the little frogs near the lake, a rabbit in the distance, mice hiding in the fallen leafs and a big bird of prey, hovering above us. 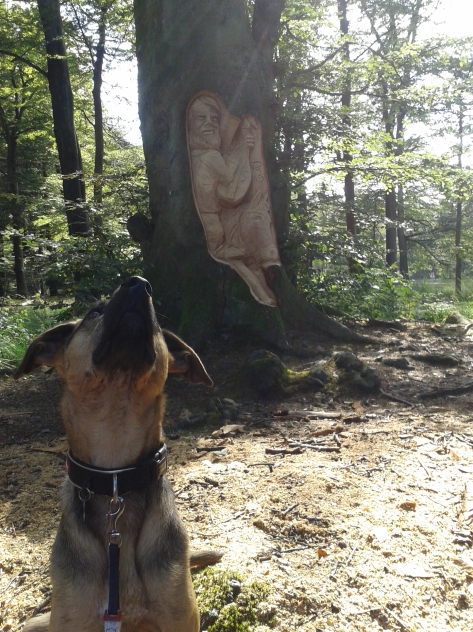 Silly humans. They seem to be capable of focussing only on one thing at a time, usually not the most important one, and forget everything around it. It is a miracle they are still here, and so many of them too.